A. Taxonomy and Phylogeny of Corydalis (Papaveraceae-Fumarioideae)

A monographic treatment of the perhaps 500 species of Corydalis, based on detailed molecular, morphological and biogeographic studies. Strong focus is put on discovery and description of new species. The genus is most diverse in SE Tibet, NW Yunnan and W Sichuan, and is the fourth largest in the Chinese flora with about 370 species. Together with Chinese colleagues, I have discovered a substantial part of the currently known species only during the last few decades.

I put a strong emphasis on field work in less known parts of the distribution area, like Easternmost Himalaya and parts of Central Sichuan. Most species grow at rather high altitudes, and many are restricted to the alpine zone. For an overview of current classification, please refer to Flora of China. Taxa recognised here have been largely confirmed by (and partly based on) recent molecular unpublished cpDNA data, although a few minor groups are yet not studied. 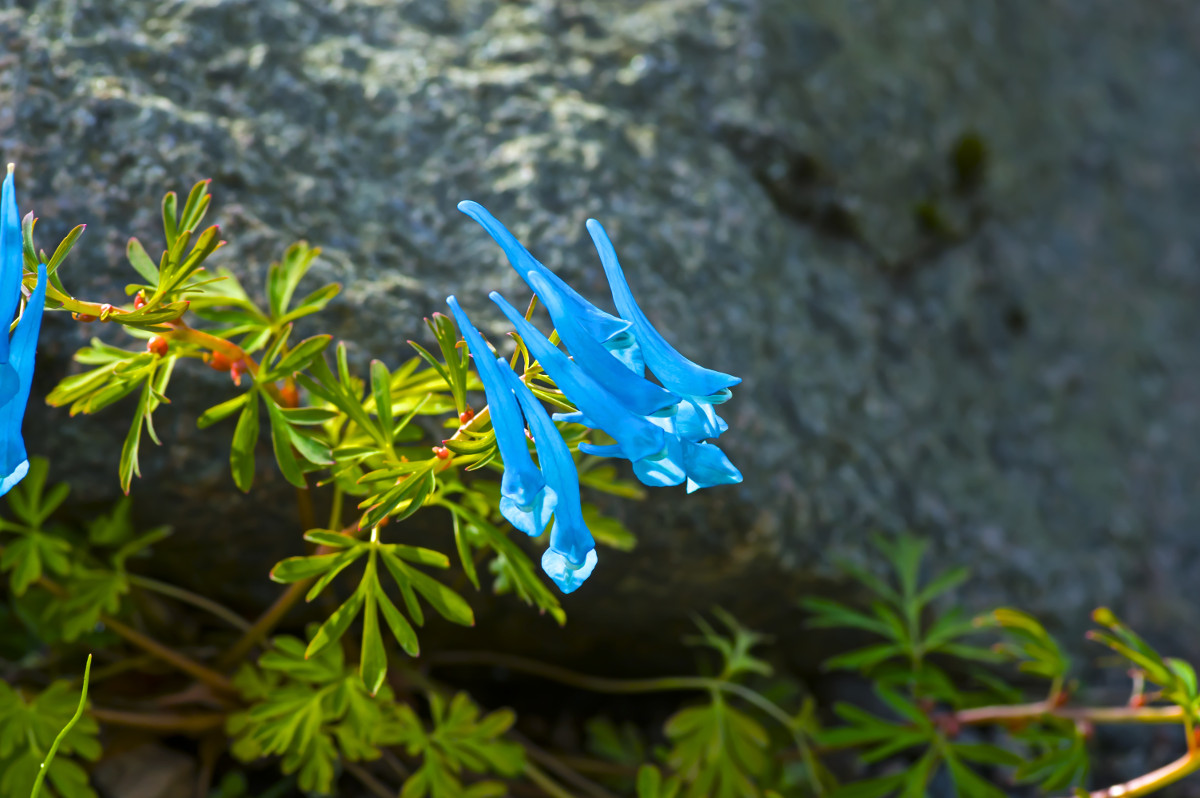 B. The genus Fumaria, a polyploid network

With 55 species, Fumaria occurs from the Canaries in the West to Nepal in the East with the highest concentration in NW Africa and S Spain. A few species have become widely distributed weeds. They are summer annuals, completing the whole cycle from seed to seed during a single season. Their evolutionary history is highly reticulate, as most extant species are chromosome-doubled derivatives of sterile primary hybrids. This has resulted in a "ladder" of chromosome levels from the basic diploid level (2n=2x=16) to 14 times the basic number, 2n=112.

The phylogenetic network can be elucidated by identification of the "basic" genomes of each of the polyploids, at least if the polyploidization events are reasonably recent. It seems as if this is mostly the case in Fumaria, as the nuclear phylogeny shows hardly any homoplasy and is largely congruent with the phylogeny of the maternally inherited chloroplast.

Most of the sequences we use are due to Yann Bertrand & al. (2015), a tricky procedure, as care needs to be taken to recover all homoeologues as well as to distinguish true homoeologues from PCR recombinants, the more tricky the higher the ploidy level. 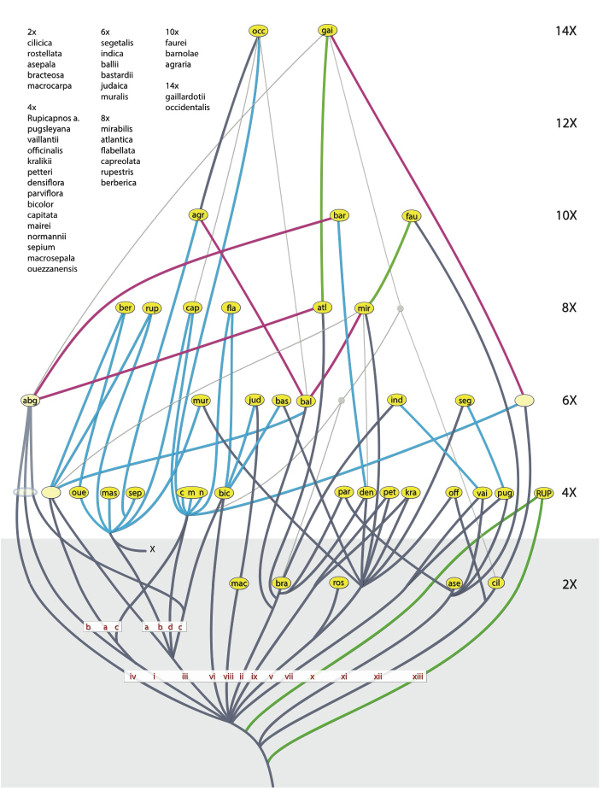 C. Phylogeny and taxonomy of the family Fumariaceae 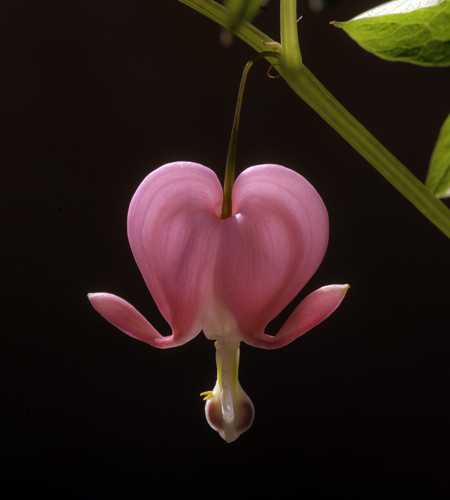 The phylogeny of the family Fumariaceae has been elucidated with ITS and rps 16 intron sequences. Morphological data, in particular seed-anatomical characters, strongly support the molecular phylogeny. Based on these results the genus Dicentra in the classical sense has been split into four independent genera corresponding to previously recognized subgenera. The genus Corydalis can be naturally subdivided into three subgenera.

My aim is to produce a complete taxonomic monograph of the whole family, with all 20 genera. The remaining lacunae in the treatment are mainly in the genus Corydalis (see A. above). 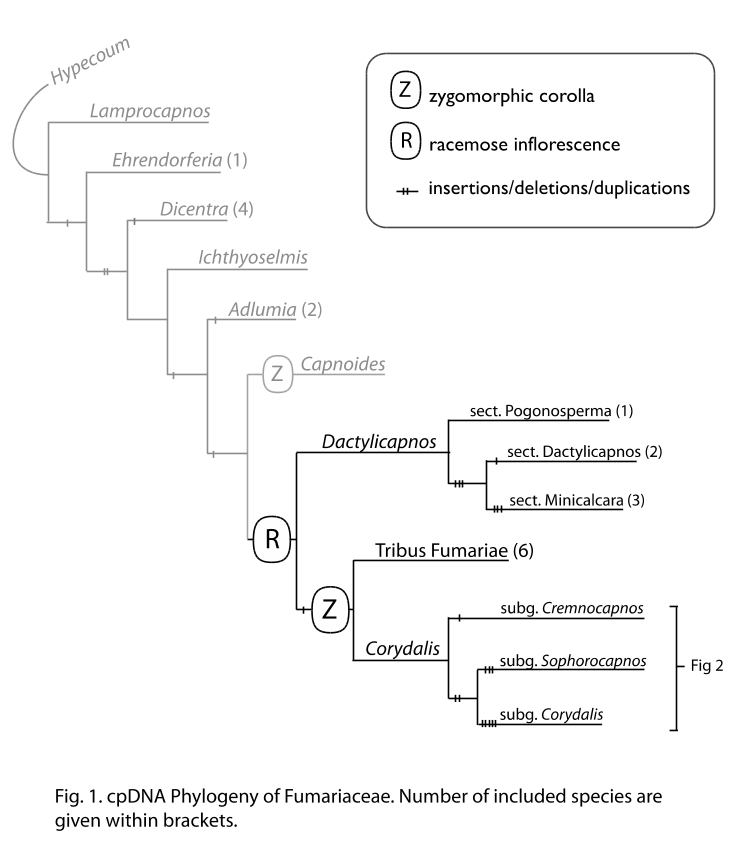 A molecular phylogeny was presented by Ida Trift et al. (2004) based on which a new classification was proposed and five new species described from the Zagros mountains (Lidén 2007). Recently this work has been continued by Simin Yonesi (Tehran), who is making a more detailed investigation on some species down to population level, and during this study she has recently discovered a further two species. Our data from field and herbarium work are complemented by studies of plants in cultivation at Göteborg Botanic Garden. 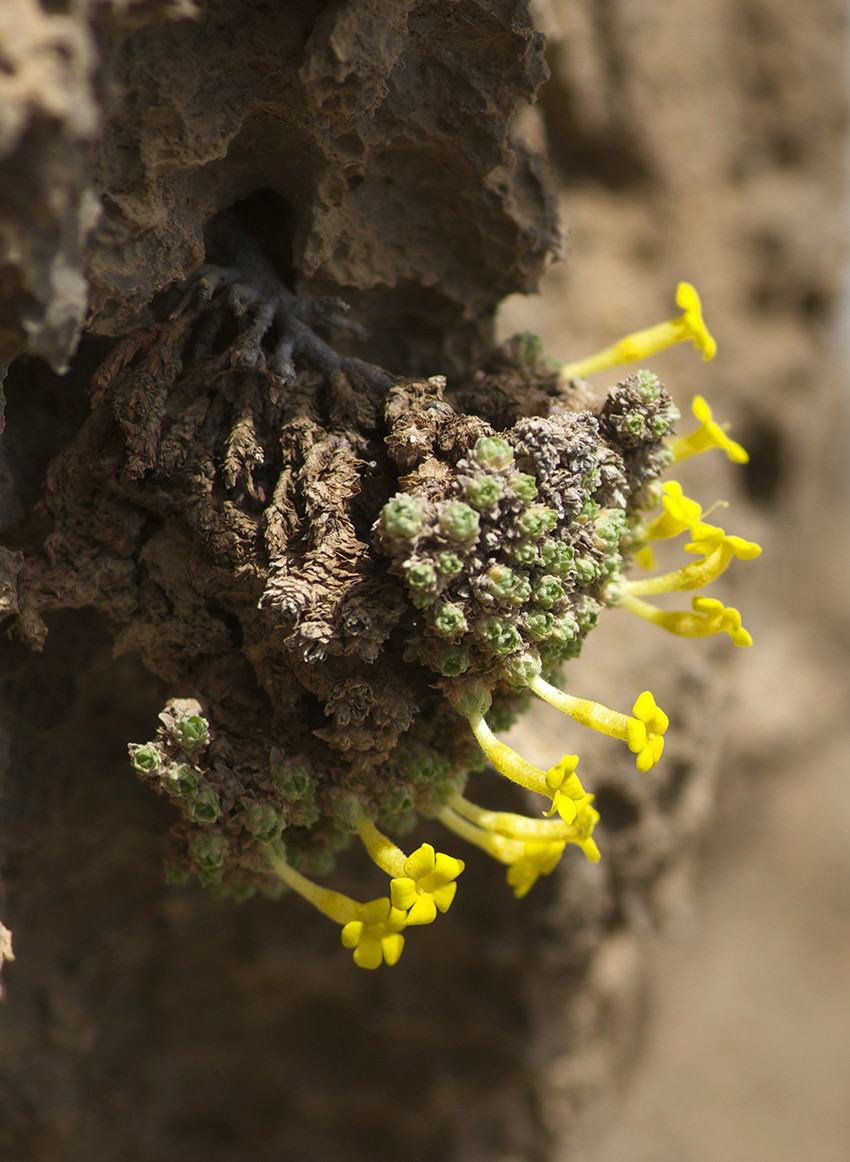 Our aim is to produce a colourful monograph in the form of a book including systematic treatment, data on ecology, reproduction, conservation, experience from cultivation as well as cultural and horticultural significance of this extraordinary genus. 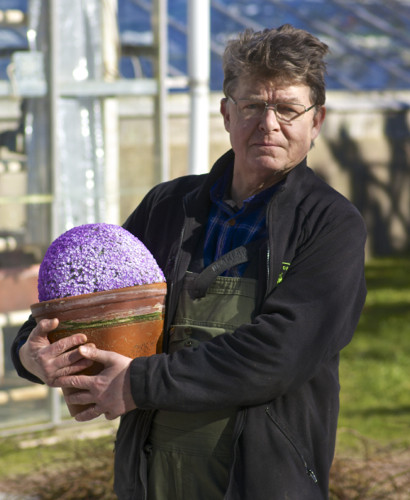