Pádraic graduated from Hanna's group in November 2013 with the thesis: "Neurospora tetrasperma from natural populations: toward the population genomics of a model fungus". His PhD was anchored in the fields of population genetics and molecular evolution. His main research focus concerned understanding the evolutionary forces that shape the patterns of polymorphism within and between species. He is now working at the Array Platform in Uppsala.

Rebecka started as a graduate student in August 2007 and finished successfully in March 2012. Her work focused on the evolution of reproductive systems in Neurospora, with an emphasis on the mating type- and pheromone receptor genes. Rebecka is currently working for a private company.

Yu graduated from Hanna's group in 2013 with the titel of his PhD-thesis being: "Genome Evolution of Neurospora tetrasperma". In his PhD Yu used genomic analyses to investigate the molecular evolution of Neurospora species, with a main focus on N. tetrasperma. Yu is currently holding a researcher position at the South China Agricultural University in Guangzhou, China.

Kristiina did her PhD with Hanna as main advisor, on the topic of reproductive systems in Neurospora. She graduated in 2011, and in the fall of 2015, she reentered the group in the third year of her VR-funded postdoc concerning imprinting in the basidiomycete Schizophyllum commune, in which she studied the effects of parental origin on gene expression and methylation in the fungal heterokaryon. Kristiina has now taken on a job as scientist at FOI.

Ioana graduated as a PhD in June 2017, with Hanna Johannesson as main supervisor and Leif Tibell as second supervisor. Her research subject concerned a special group within the fungal world: the symbiotic fungi called LICHENS. She focused her study on investigating the life history and world phylogeography of the arctic and alpine lichen Thamnolia vermicularis. By using this species as model organisms and by combining genomic, ecologic and evolutionary methods she strived to disentangle the mechanisms behind lichen symbiosis. Ioana has now moved on to a postdoc with Fabien Burki, at Uppsala university.

Veera graduated as a PhD at SLU in March of 2017, with Hanna as second advisor, on a project concerning the ecology and evolution of the lichens of the genus Letharia. In her PhD, Veera investigated the genomes of Letharia species using NGS data. After a postdoc with Toby Spribille at the University of Alberta, Veera is back in Uppsala and work in the group of Anna Rosling.

Jesper started his PhD with Hanna Johannesson in April 2013 and graduated in November 2017. Jesper worked on the genomics and evolutionary history of a type of selfish genetic elements which found in Neurospora: the spore killers. He has now moved on for a postdoc in Santa Cruz, CA.

Lore joined Hanna’s group as a PhD-student in the fall of 2015 and graduated in May 2020. Her main focus for the PHD was on the population dynamics of fungal meiotic drive elements (the Spore killers), in particular under which circumstances they may invade a population or go to fixation, and what changes cause birth and death of new killers over evolutionary time. During her PhD, she addressed the Spore killers from a comparative and population genomics perspective. Lore is also greatly interested in molecular systematics, population genetics, speciation, and mating dynamics of lichenized fungal and marine invertebrates. She is now moving on for a postdoc at Stockholm University.

Ivain combines empirical and theoretical methods to investigate genetic conflicts related to sexual reproduction and the evolution of sex. He joined the group early in 2019 to build a population genetics model of the spore killing genes found in the Podospora and Neurospora genus. Spore killers are a category of meiotic drivers, selfish genetic elements that can spread in a population even though they impose a fitness cost to their hosts. Understanding how meiotic drivers behave in natural population will be an important step in our understanding of the living world, with many potential applications. Ivain was granted postdoc funding from The Swedish Research Council (VR), and was hosted by the CNRS in Bordeaux, France, to implement experimental evolution of the mating system of Podospora in response to spore killers. Currently, he is a postdoc at NTNU in Trondheim, working on the ecological sensitivity of the evolution of reproductive behavior in the two-spotted goby Pomatoschitus flavescens.

Sara joined the Johannesson group in September 2015. She studied the evolution of DNA methylation in species of the filamentous ascomycetes Neurospora. DNA methylation as an epigenetic mark plays an important role in genome defense in Neurospora species through silencing of transposable elements (TEs). We found that the methylation level varied among the genomes in a species-specific way and that the species with the highest TE load also exhibited the highest methylation level per TE. Furthermore, she was investigating the dynamic of DNA methylation over development and explore if the dynamic pattern comprise a conserved evolutionary trait in Neuropora species, and explored the rate of evolution of DNA methylation over the investigated time scale. Sara is currently working as a laboratory engineer at Olink proteomics.

Diem joined the Johannesson group in July 2016 to work on transposable elements (TEs), which are mobile genetic sequences that contribute to host genome architecture, gene expression and evolution. She studied TE evolution in Neurospora and the genome defense systems such as repeat-induced point mutation (RIP), which is a silencing mechanism that mutates repetitive sequences including TEs. She characterized TEs in Neurospora species to study the evolution of RIP along Neurospora phylogeny. Currently, Diem is employed at the Department of Medical Sciences at Uppsala University, as a project coordinator. 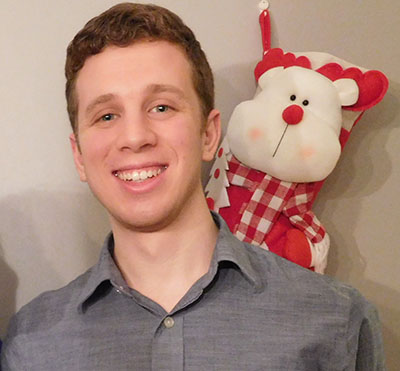 Aaron joined the Johannesson group in June 2016, and spent his postdoc studying meiotic drive in the both Neurospora and Podospora species of filamentous fungi. The goal of which was to understand the impact of meiotic drive on the population structure of these species. Now, Aaron has formed his own research group at the Department, link to his own homepage is here: https://www.iob.uu.se/research/systematic-biology/aaron-vogan/ 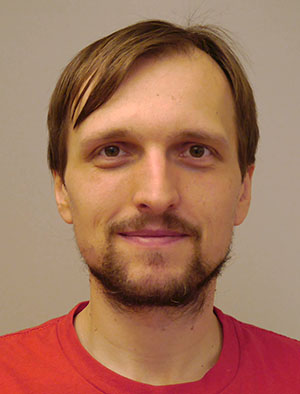 Petr joined Hanna Johannesson’s group in November 2016 for one year. Petr investigated genome landscapes using population genomics tools and a demographic history of putative species within filamentous fungus Neurospora tetrasperma. These data will contribute to our understanding of speciation patterns and evolutionary history in fungi. Petr is currently back as a researcher in Palacky University Olomouc.

Jennifer was studying how organisms achieve different rates and types (e.g. interspecific or intraspecific) of genetic exchange and the consequnces of this. She explored these issues in two experimentally tractable fungi, N. tetrasperma and N. crassa. Using experimental and experimental evolution approaches, she quantified the performance effects of interspecific introgression on the mating type chromosome of N. tetrasperma, and looked for tradeoffs associated with different reproductive roles in N. crassa. Jennifer has now started her own lab here at the Systematic biology program.

Eric was in the Johannesson group since 2015-2016, on a Carl Trygger scholarship. His research was on spore killing in the fungus Podospora anserina. Spore killing is the manifestation of a selfish gene that is cheating on Mendels first law of equal segregation, by inhibiting the development of spores that do not carry the gene. Such elements are known as meiotic drive elements or segregation distorters, and found in many different species. The Spore killers in Podospora are interesting because several distinguishable elements with a similar but not equally powerful killing mechanism have been found. Eric investigated the evolution of these elements with a mainly experimental approach, focusing on different fitness aspects of spore killing to find out which conditions favor Spore killer elements. Eric is now working as a research officer at Wageningen University

During 2014-2015, Ruxandra was a postdoc in the Johannesson group, on a scholarship from the Wenner-Gren foundation. Ruxi's research focused on the phenotypic effects of spore killing in Neurospora.

Anastasia was a post-doc with Hanna from 2009 to 2011, on a Carl Trygger fellowship. She was using different species of the fungal genus Neurospora to study the evolution of reproductive systems, as reflected at the genome level, with a particular focus on transposable elements. Her research focused on obligate selfing taxa of the genus and spanned bioinformatics, molecular evolution and gene expression approaches. Anastasia is currently a researcher at the Hellenic Center for Marine Research, Greece.

After receiving his PhD at the Swedish University of Agricultural Sciences (SLU), Magnus came to our group in the spring of 2005 for a one year post-doc (financed by the Carl Trygger Foundation). He worked primarily with analyses of expression of the genes encoding pheromones and their receptors in intra- and interspecific matings of Neurospora. He is now back at SLU as a researcher.

Audrius came to the group in the summer of 2006 for a two year post-doc (financed by the Sven and Lilly Lawski foundation). During his post-doc developed the new project of mating-type chromosome evolution in Neurospora tetrasperma. Since 2008 Audrius is a researcher at the Swedish University of Agricultural Sciences (SLU).

After a PhD and post-doc at Duke University, Tim joined the group as a Wenner-Gren post-doc during 2006 and 2007. During his post-doc in Uppsala Tim studied the evolutionary significance of imbalanced nuclear ratios within heterokaryons of the basidiomycete fungus Heterobasidion parviporum. Now, Tim has his own lab at the Department of Ecology and Evolutionary Biology, University of Michigan.

After completing his PhD at the Swedish University of Agricultural Sciences (SLU) in September 2008, Nicklas received a grant from Sven and Lilly Lawski foundation to start a two and a half year period as a post-doc in the group. He was particularly interested in nuclear imbalances in the mycelium and perithecia of developing Neurospora tetrasperma individuals, as well as mating-type specific gene expression in Neurospora. He returned to SLU in 2011 and is now Business Policy Manager at Sveriges Allmänningsskogars Förbund.

As a postdoc in Hanna's lab, Carrie investigated several facets of genome evolution in the fungal model Neurospora. Specifically, she studied evolution of the non-recombining region on the sex (mat) chromosomes in N. tetrasperma, the evolution of optimal codons in populations of N. crassa, and the evolution of proteins and gene expression across sexual and non-sexual tissues in the Neurospora genus. The research identified key shifts in selective pressures acting on proteins, synonymous codons, and expression within these fungal organisms, and revealed crucial factors shaping their short-term and long-term molecular evolution. 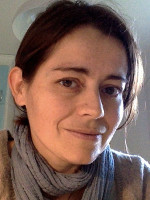 Cécile joined the Johannesson group in September 2014 on a Marie-Curie scholarship. She is interested in intraorganismal variation and selection, and used the Neurospora nuclei and mycelia for this purpose. Cécile is now back in France, as a lecturer at Université Rennes 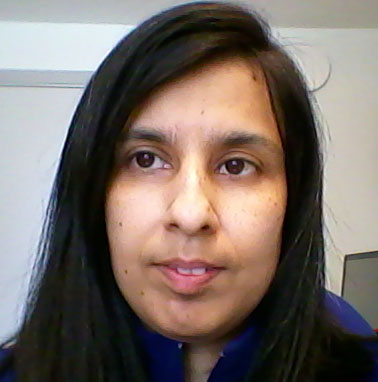 Anushree came to the group in February 2016, for a 2 year postdoc. She was exploring the genomes of Neurospora for structural variants. These can be analyzed from a comparative and population genomic framework to address general aspects of genome evolution and connect them to processes such as genome size evolution, mating system evolution, speciation and meiotic drive. Anushree is currently a researcher at SLU.