Tree ferns, with their characteristic tree-like habit and large, compound leaves, are a conspicuous component of tropical, subtropical, and south temperate floras. Cyatheaceae, the scaly tree ferns, is the best known of the tree fern families and it comprises most of the species diversity of the group (some 500 of the approximately 600 species in the group). Tree ferns have a fossil record dating back to the Late Triassic, with Cyatheaceae estimated to have originated 150 million years ago in the Late Jurassic. In this project we investigate the phylogeny and biogeographical patterns of the group at different temporal and spatial scales.

Cliff ferns, Woodsia (Woodsiaceae), includes about 30 species with a mainly northern hemisphere distribution and three species in Sweden. Some species have a more or less circumboreal distribution, whereas others are more restricted or endemics. Divergence date estimates of ferns, as well as fossils from closely related groups, indicate that the diversification of cliff ferns has a Tertiary origin. In this project we investigate the phylogeny of the group including the abundant speciation through hybridisation and polyploidisation events, as well as biogeographical and phylogeographical patterns. 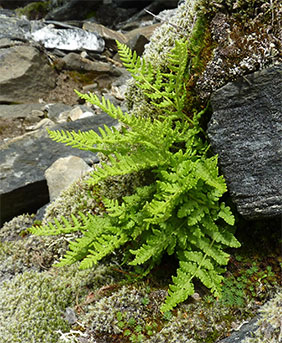 The lycopod family Selaginellaceae (Spikemosses) comprises approximately 700 herbaceous species. They are distributed all over the world, but most species diversity is found in the tropics and subtropics. Lycopods, that is, Selaginellaceae together with Isoetaceae (quillworts) and Lycopodiaceae (clubmosses) are the extant remnants of a once diverse and dominant group, reaching its zenith in the Upper Carboniferous some 300 million years ago. In this project we investigate biogeographical and phylogeographical patterns in Selaginellaceae at different temporal and spatial scales. 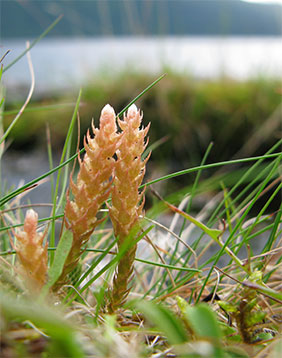