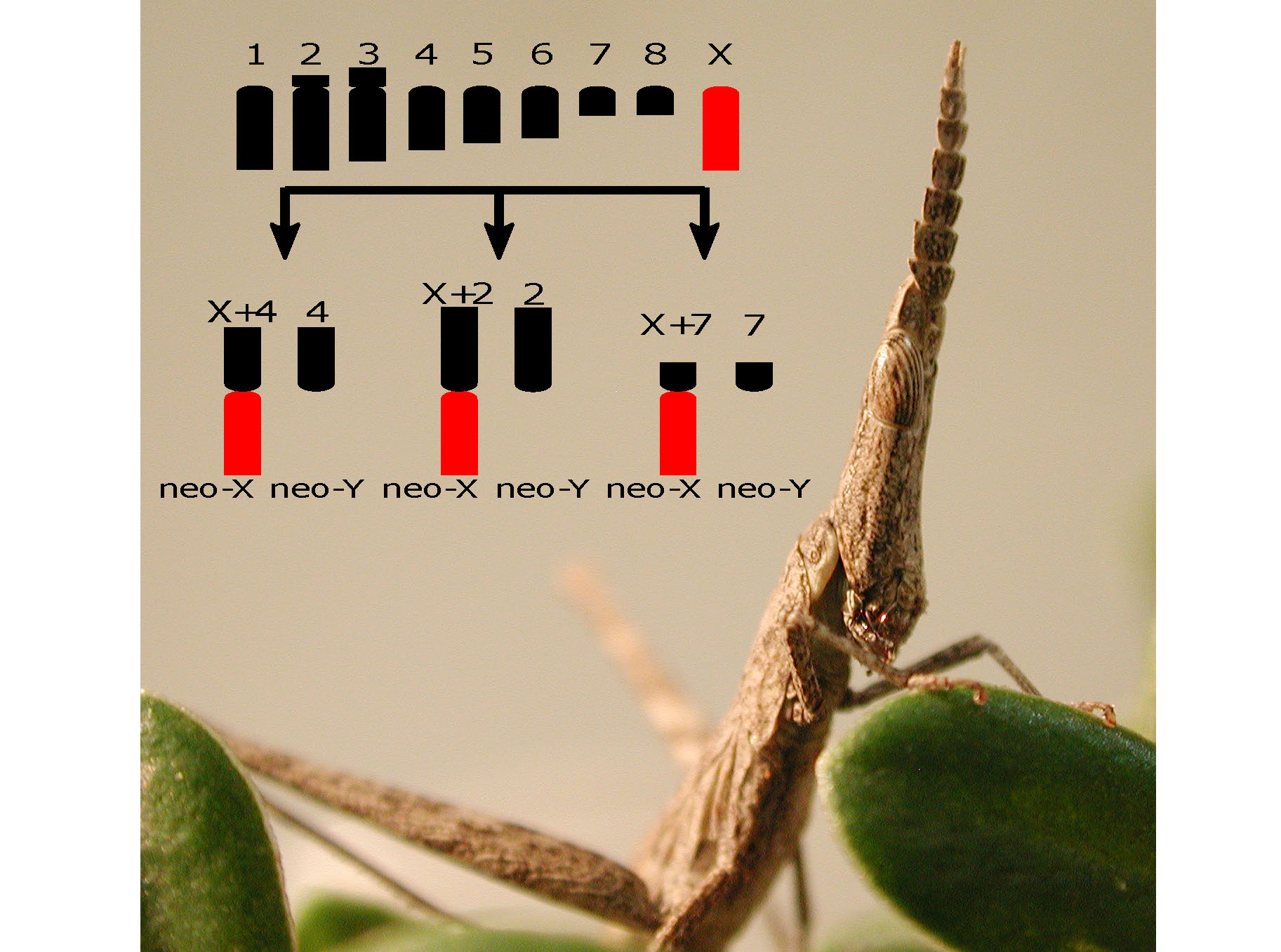 Our research focuses on the study of genome evolution in the grasshopper Vandiemenella viatica species complex, particularly sex chromosomes and repetitive DNA using comparative genomics, molecular biology and cytogenetics. While most of the viatica species have X0 system, where females have two X chromosomes and males only one, there has been repeated and independent chromosomal fusions between the ancestral X0 races and autosomes resulting in the formation of new Y chromosomes (males neo-XY and females neo-XX). This allows independent comparisons between pairs of races with different combinations of autosome-X chromosome fusions to investigate the timing and patterns of recombination suppression, gene loss, gene expression differentiation, and genome divergence.